If Sammy were ever to eat a nut it would make him very poorly indeed! 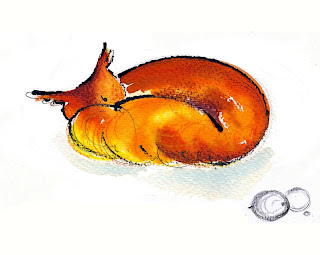 Now at the weekend poor Sammy went out with a few squirrel friends for a small snack at a little cafe. He was really looking forward to a nice cup of tea and a chat with his friends, and knew that it was unlikely he would find anything tasty to accompany it, but that was fine, that was usual for Sammy. However when he got there he was thrilled to see some food at the back of the counter that he knew he would be able to eat, wow, this was a huge bonus he thought, how exciting! He politely asked about the food he has spied, (whilst peering longingly at his friends plates filled with nut cake, nut pies and sticky yummy chocolate nut ice cream.) But poor Sammy was abruptly told that it was not policy to serve the other food!!

Sammy had a nice time that day with his friends, but this thoughtless service did not help at all, and as always made Sammy just a little bit sad!!!!

Sammy Squirrel
I am Sammy Squirrel, the squirrel who can't eat nuts! Whoever heard of a squirrel that couldn't eat nuts? Well, that's me! I am from one of Jill's picture books, and although i have been seen and liked by a number of publishing houses, they unfortunately have been reluctant to take me on to the next stage, as it has been felt that I am too aimed at a niche audience. However, Jill and I believe that this is not necessarily the case, and really feel that our story would be beneficial to many, with similar food restrictions. Sammy was created after many negative experiences happening to Jill concerning her own diet limitations. We hope that this blog will help Sammy reach his audience, and in the process you will meet many of his friends too through Jill's illustrations.